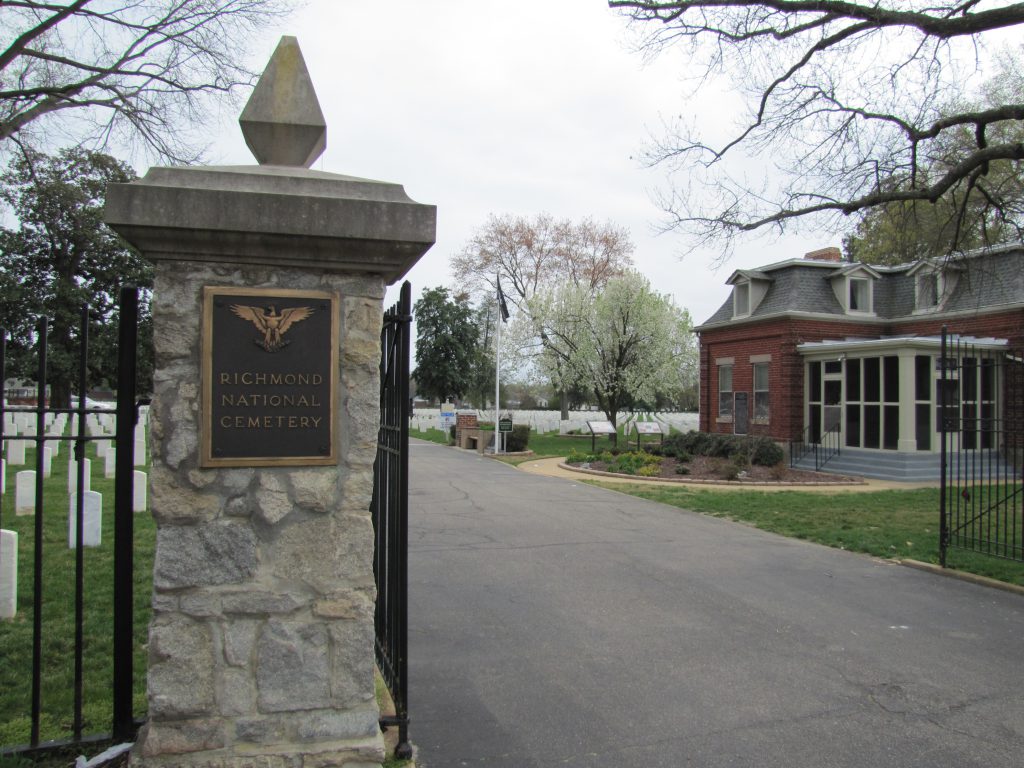 Richmond National was arranged as a grid, with shade trees throughout. The orderly rows of identical graves surrounded a central, elevated flagpole and gazebo. In 1870, a superintendent’s lodge was built on the property, following the designs specified by Quartermaster General Montgomery C. Meigs. A wooden fence enclosed the cemetery, with visitors passing through a gateway with the cemetery’s name overhead.

This was a controversial project in the eyes of ex-Confederate Richmonders, whose dead were excluded from the grounds. In contrast, Richmond’s African-American community demonstrated an early reverence for the site. In 1877, the national periodical Scribners Monthly found that “the graves of this cemetery, a very handsome one, are now chiefly decorated by the colored people of Richmond, and the ceremony takes place on the 30th of May.”

After the Civil War era, the cemetery remained open to burials of United States servicemen and their spouses. Today, visitors can find the remains of veterans of the Spanish-American War, the first and second world wars, Korea, Vietnam, and more recent conflicts.

Podcast for Joseph Baar Jr. (naval fireman on board the ill-fated U.S.S. Scorpion), 1947-1968, by Bijan Hosseini and Carlos C. Martinez:

Podcast for Amos Monroe (African-American veteran of the Spanish-American War), 1857?-1931, by Sam Gary and Chris Haggard: